Behind The Video: Hak Baker, Will Robson-Scott and Saskia Whinney on 'Dopehead' 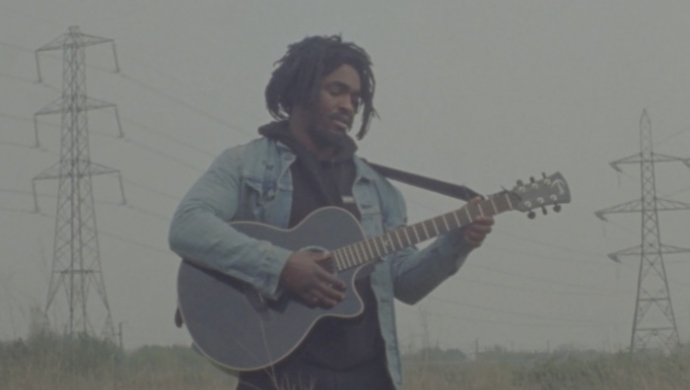 The remarkable video for Hak Baker's Dopehead is really a short documentary in disguise. The East London singer-songwriter teamed with photographer and filmmaker Will Robson-Scott to explore the lives of the people that many of us wish to ignore.

For more than a year, the pair documented the lives of Londoners gripped by serious drug addiction. They show us how they deal with their world, including their own families, and their continual battle to retain their dignity and humanity.

We talked to Hak Baker, Will Robson-Scott and executive producer Saskia Whinney about how it happened - and how they feel about it now.

How did the project come about?

Hak Baker: The project came to fruition initially through coincidence. I didn’t reply to many emails then however this one I did. Which led to me meeting Will. Once I figured out I didn’t mind the geezer, lol, and that he was the Guerilla lens man I needed to capture this near-impossible thing, we just hit the roads.

Saskia Whinney: I’d heard Hak's music and really liked it, so I messaged him. He rang me out the blue and then we ate some food and chatted about the sort of videos he wanted to make. Authenticity was really important to Hak and he wanted someone to tell the real stories about where he lived and the people he knows. Will is very good at spending time with people and in the past has made some 10/10 docs. I introduced them and Will took it from there.

I figured out [Will] was the guerilla lens-man I needed to capture this near-impossible thing.

Will Robson-Scott: Me and Hak were introduced through Saskia at Somesuch about a year ago, and we had a loose plan to try shoot something, a music video or short film. As me and Hak got to know each other, this idea came up. It was a long process, as we had to gain access and get people to trust us, a lot of it was spur of the moment. They would let us know with very short notice when they where available and we’d just have to scramble.

Who had the idea of filming the subjects?

WR-S: Hak had the idea, wanting to get into people's lives and show the full spectrum of addiction. It was just me, Hak and a couple cameras. It wouldn’t have worked with a big crew, or any crew at all. The limitations and constraints helped form the relationship and trust.

How long did Dopehead take to make, start to finish?

SW: I hit Hak up in January 2018… so 18 months. Will spent that time chasing down opportunities to shoot more footage. With this sort of project it doesn't really work to have a 12 hour shoot day with crew, etc. So Will and Hak just shot whatever and whenever they  could over a year or so.

How did you find your subjects?

HB: It’s not that hard when you’re actually from a place and don’t just move there and claim it, like most bods these days. It's very common place in the manor. Drug use in families. It's not hard to know someone who is in the midst of all that. They’re very local; people have some weird misconception that they’re aliens. Lol

WR-S: Addiction is everywhere, it’s not hard to find. The sad thing is when addiction defines someone’s lives, they can’t see past it at points. The goal was to show their faults, but also their human sides.

What were the challenges of filming them?

HB: Making them feel comfortable at first. You’d be surprised how open they were when they realized we wasn’t trying to sell 'em down the river. They were quite keen to show, how it were a part of their life and not their whole lives. Like myself and alcohol as an example. I like it, but it ain't me whole being.

But yeah, normal shit. Not being there when they said they would and stuff. That were it really. [A couple had] second thoughts but when they see what we was doing and listened to the music they were sweet.

I’m proud of this piece. It was a grind. It brought up a lot of feeling along the way. But it’s a part of society that is often misrepresented

WR-S: Gaining trust is always difficult, we had to approach this with sensitivity. At the end of day people are people, we wanted to show the quieter side of life as well of the harsher side. The last thing we wanted to do was to make something that felt overly voyeuristic. It was important to feel present, show their dark side alongside their funny and caring side. Everyone can relate to that.

What were the positives?

HB: Everything was positive there was nothing negative in sight. Awareness was achieved, my eyes personally were opened and I learned even more.

WR-S: I’m proud of this piece. It was a grind. It brought up a lot of feeling along the way. But it’s a part of society that is often misrepresented and I think we’ve managed to make something that feels a bit nuanced.

• Will Robson-Scott is represented by Somesuch in London for music videos. More work here

* A Promonews and Somesuch production. Behind The Video is a series of sponsored content on Promonews. For more information, email info@promonews.tv

In Coldplay's latest video, Chris Martin plays a bullied schoolboy - an unlikely idea perhaps, for pretty much anyone other than French director Cloé Bailly (above right, on set with Martin).

"The whole experience of shooting these videos has been nothing but fun. Just two mates messing around with cameras..."

Allie Avital's fifth video for Moses Sumney, released last week, sees the artist with the soaring voice undergo a humbling transformation: he becomes an ancient version of himself.

Lockdown or not, Dir. Lx is having a storming year. Hugely prolific over the past couple of years, he has been busier than ever since shooting has started up again, and doing some of his best work.