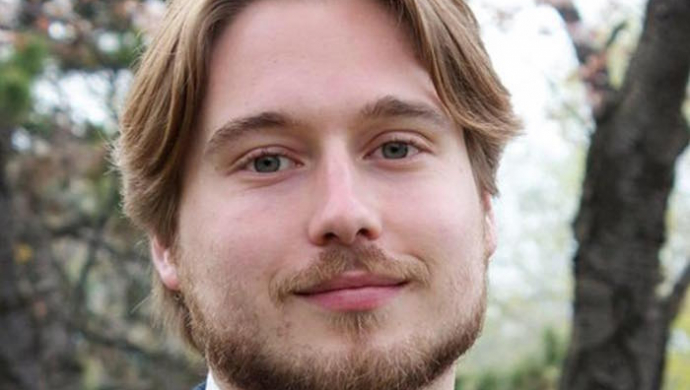 Toby Tomkins has the movie business in his blood, with several family members being top production designers, including his father Leslie. Instead of following their path, while at film school he started to uncover the mysteries of colour grading and has been practising his calling ever since. Three years ago he set up TJT Film, and then CHEAT a year ago - soon to be expanding.

Education: As a kid I travelled a lot, following my dad to locations around the world. I had an eclectic education from schools in Zimbabwe and Prague and then settled in England for my GCSEs and A-Levels.

"I went to film school in Bournemouth for a BA Hons degree in ‘film production’, but I’d say my real education came from working on films from a young age."

Favourite music video of the past 12 months? Hiro Murai did a great video for Childish Gambino's Sober. Nothing particularly special or fancy but a great idea beautifuly executed.

Last movie you saw (and was it any good)? Aloha, and surprisingly good! Probably helped it was shot on film and I’m a sucker for the film look.

Last gig you went to (and was it any good)? Sadly its been far too long since I went to a gig. Last gig was for Miike Snow and it was awesome.

Favourite bands/artists: I used to be pretty into classic rock and then indie rock through to electro, but I now let the internet find music for me through Hype Machine, Soundcloud and now Apple Music, which is really amazing at recommending artists you wouldn’t normally find. I think that’s the future.

Currently reading/favourite book: Currently in between books. Favourite book is Dark Matter AKA
Footprints of God by Greg Iles.

What was the first music video you worked on - and what were you doing on that job? A very early N-Dubz video, before they were big. I was the colourist back when Dappy still edited his videos. This really kick-started my promo career and I continued to grade their videos as they grew. It was great as we grew together at the same time.

Favourite job of the past 12 months: James Slaters’ video for Stealing Sheep's Not Real was a real treat. It was photographed by Nick Eriksson who is a good friend of mine and it was just a fun afternoon in the suite grading beautiful and quirky 16mm.

What’s the next Big Thing you’re working on? I’m working on a new type of film negative emulation technology that will utilize ACES and allow cinematographers to take advantage of scene referred film profiling, which in short will mean the closest emulation to shooting on film that is scientifically possible.

What would most improve your life? "Working less. DoPs appreciating consistency like they did in the film days!"

Best moment, or fondest memory, of your career thus far? Every feature premiere is a fond memory, but there was a moment at the start of the Ill Manors premiere where I was sat at the back and could see all of the 1000 or so seats filled at the huge Empire Screen 1 (now converted for IMAX I think), and Ben Drew thanked me by name in his intro for the film.

Worst moment? Starting off was tough, and there would be weeks go by without work and there was a lot of wondering what to do. Those were anxious times.

Biggest frustration? Labels feedback! It’s the last minute edit changes that often push a grade back which means I often have to let the job go, which is really frustrating if its with a director I work with regularly.

Person you most admire? "My dad, he’s 67 and still working hard on films, he started off in the copy room and ended up production designing for Kubrick. That’s a career!"

What advice would you give to someone starting out in music video production? Stay with it. Choose your productions wisely, don’t work on everything!

Any hot tips on who will be the future stars in music video in the next couple of years – directors or otherwise? No idea! Seems like there’s 1000’s of talented individuals coming into the industry every month!

Challenging as it was, 2020 was a big year for Colin Read. When he was not making acclaimed videos for Glass Animals - including the definitive 'first lockdown' video for Dreamland - and Doves, …

Founder/MDs Jamie Gamache and Connor O'Hara explain how Lowkey Films has quickly become a force to be reckoned with in UK music videos.

As the main man for music videos at FAMILIA in London for the past two years, Ryan Morgan has been building on the company's well-known strengths.

Connor Coolbear joined the colour team at Electric Theatre Collective in 2018 and has been making big strides ever since. His grading of music videos - his credits include videos for Slowthai, …

New director Flora Scott teams up with rapper Malik Polo in her debut video for Change, …