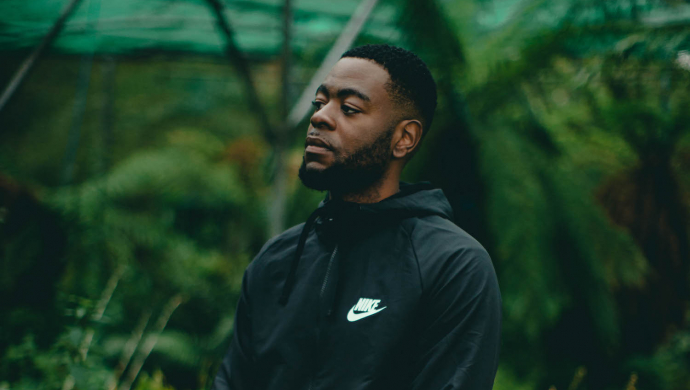 Alexander Sakutu - aka Dir. Lx - has become one of the most prolific directors working in music videos in the past couple of years.

Hailing from North London, he studied Media and Communication at Birmingham City University. It took a while for him to break into filmmaking after he graduated, but things changed when he started working for Jamal Edwards's SB.TV, which introduced him to a new generation of urban artists.

Since 2017, he has directed well over 20 official videos, for the likes of Dave, Kojo Funds, Smokepurpp, Tiana Major and EarthGang, Ebenezer and Odunsi. With a very busy 2020 beckoning, Dir. Lx found a moment to tell us about his worklife - and what he does on his time off.

How long have you held your current position? What were you doing before this?
I’ve been directing music promos professionally for two years now. To get to this point has been a real grind, but the journey has been insightful to say the least.

Before that I was a self-shooter making music videos for friends and a lot of artists on the come-up. The likes of ​Knucks,​ ​Ojerime a​nd ​Dave - w​hom I connected with through Jamal Edwards - were all artists I worked with early on.

Prior to that I was working at a call centre, which sucked the life out of me! It paid well but I was very unhappy.

Knucks,​ ​Ojerime a​nd ​Dave were all artists I worked with early on.

From then on I met with Simon Oxley at Greatcoat Films who’s had a lot of faith in me and helped to push me in the right direction. The industry hasn’t always seemed very genuine, but he’s always had my back.

My first professional promo with Greatcoat was a video for Django Django called Surface to Air ​(ft. Self Esteem). We went to Spain to film that promo. It was a life-changing experience.

Name one music video that inspired you that get involved in making music videos?
The Notorious B.I.G feat Puff Daddy & Ma$e - Mo Money Mo Problems. I just loved the gloss and production value of the video. They were styled different, having fun, and it’s full of feel good vibes that compliment the track.

Name one project you’ve done that was significant as a learning experience – and why?
Kojo Funds ft WizKid - I Like. I did almost five treatments for that track, if I remember correctly. Some were too ambitious or over-budget but I kept at it, I was passionate about the song.​ Before landing on the final idea, we went back and forth on a different, seemingly bigger idea in terms of set design/production, that cost a bit more and had a sponsor involved so we were a bit more ambitious. Then when the sponsor pulled out we changed the creative.

We had three reshoots - and the video came out very well. That taught me to never give up and stay positive. ​I’m a firm believer in teamwork, and Nicola Sheppard is a fantastic commissioner. She managed to keep things together when it could have easily all fallen apart.

The I Like video taught me to never give up and stay positive.

What are the favourite projects (music videos or otherwise) you’ve worked on in the past year or so?
Definitely Odunsi ft Raye – Tipsy; Tiana Major9, EarthGang – Collide; and Remedee Not3s and Young Adz - LOML. ​All produced by my longstanding producing partner Kareem Adeshina, and the first two shot by Olan Collardy.

I love Olan’s style, I think he’s a legend in the making. The thought and what he brings to projects external to his role as a DOP is crazy. On both shoots we encountered problems. With Odunsi the Engine shoot, time (as always) wasn’t on our side and we were rushing to complete on setups.

On the TianaMajor9 x Earthgang video, we were entirely dependent on daylight. So with the intermittent sunshine, overcast, rain, it meant that having a consistent level of natural light throughout the video was so difficult. We kept having to pause or stand everyone down while we waited for weather. Mid-way through the shoot we had heavy rain and strong winds. I remember looking over and seeing the Easy Up - which was tied down and covering the Magliner with Camera Equipment - flying over into a pond. Luckily nothing was damaged though.

Above: Lx (centre, standing) with DoP Olan Collardy (right) with EarthGang's Olu (left) and TianaMajor9 on the Collide video shoot

I love Olan Collardy’s style, I think he’s a legend in the making.

There was a point in the day where I honestly felt we wouldn’t get a full video and I’d have to use inserts from the Queen and Slim film to make up for it (which I didn’t want to do), so I sat down with Olan, Linah and Kareem at lunch to discuss a contingency for the video if it didn’t hold out in the way we wanted. Luckily in the end we didn’t have to go for that.

Somehow the shoots that give me the most stress end up turning out to be successful.

Sam Meyer shot the LOML video. He really understands my style and tries to push the boundaries even when I’m unsure. He really owns his craft, and I don’t think he’s been able to unleash his full potential yet on any of the projects we've worked on together. So I’m looking forward to that.

What are you currently working on?
As always, writing treatments. I spend a lot of time pensive, researching and conversing with my rep - Andy Roberts at Las Bandas - to keep in check with whether I’m doing something new or not. I’m even getting a headache thinking about it now - ha!

I'm always writing treatments... I’m even getting a headache thinking about it now - ha!

What kind of work would you like to be doing in future?
Definitely bigger promos, international promos. Working with artists that allow me to be more experimental. And commercials and films, God willing.

What advice would you give someone entering your field?
Sounds generic but never give up and always believe in yourself. Having this strong passion and urge to create is how I’ve remained here in this position. I still have a long way to go, but I’m always grateful for where I’ve got too.

Tell us something that we don’t know about you...
I love trainers, have an obsession with 90s rap & R&B - and Scorsese films.

When you’re not working, what do you like to spend time doing?
I love films, and I spend time watching a load of them. If I’m not doing that I’m at the gym or playing Call of Duty.

Where did you go on your last holiday (or vacation)? And where would you love to visit?
I went to New York for almost two weeks recently. I’ve been before, but this time it was amazing. I’d love to visit Tokyo, I’ve always wanted to go.

Your favourite music videos (by other people) in the past year?
ASAP Rocky ft Skepta - Praise the Lord by Dexter Navy

What’s the best movie (or movies) you’ve seen recently?
That’s easy. It has to be Joker and The Irishman. Loved the cinematography and performance in Joker. The Irishman because I love the storyline and the narration. Watching De Niro, Al Pacino and Pesci all on screen dealing with eachothers characters was enjoyable. It was a slow-burn but I don’t doubt Scorcese.

What are your favourite currently-running TV shows?
Snowfall and Watchmen. I need to watch The Crown next - I thoroughly enjoyed the first series.

Watchmen was recommended to me, and I found some plots bizarre at first. But eventually everything starts to make sense and piece together like a puzzle. It wasn’t predictable, which is why I loved it.

Best book you’ve read, and/or best exhibition you’ve seen recently?
'Shoe Dog' by [Nike founder] Phil Knight. I’m an avid “sneakerhead” so reading about the history of Nike, to how they came about the logo and some of their early trainer designs was inspiring. An entrepreneurial story that was insightful and motivating.

Favourite food and/or favourite restaurant(s)?
Has to be seafood, and a nice selection of dim sum.

Best recent purchase?
Recently bought some gloves from Primark - gotta stay warm out there - and some Yeezy desert boots.

• A co-production by Promonews and Greatcoat Films.

Ella Crawford is the new music video director's rep at Black Dog Films - and she gives us the lowdown on what makes her tick in our latest Work & Life Q&A.

Jamie Noble is senior colourist at Studio RM, the boutique post production studio renowned for its work in fashion stills and moving image and increasingly music video - and is a debut …

As one of the founding partners and founder-directors of FAMILIA, Francis Wallis has played a crucial role in establishing the London-based production company's ethos through his …

At 24, Thomas Davis already has a few years experience as a music video director. He co-directed his first video at 19, and since then has been active in both directing videos and live …

Edie Amos directs a joyful celebration of life, in her promo for Sam Ryder's More, featuring …

In this leftfield love story, Miles From Kinshasa and Kadiata cautiously forgo their safety in the …

Josh McCartney directs Magic Medicine, a slice of retro-pharmaceutical brilliance from the …