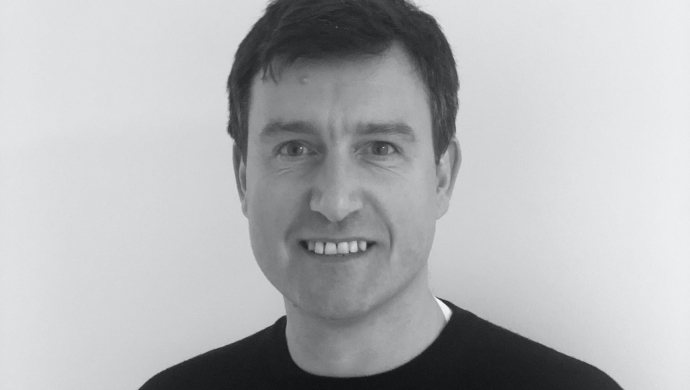 Jamie Noble is senior colourist at Studio RM, the boutique post production studio renowned for its work in fashion stills and moving image and increasingly music video - and is a debut sponsor of the Best Post Production Company Award at this year's UK Music Video Awards.

Jamie studied at the London College of Printing (now LCC) in the late 1980s, then started his career as a photographic retoucher. It was his move to Studio RM nearly a decade ago that prompted the change to grading for moving image, and now the impeccable attention to detail he brings to his work has made him a sought-after colourist among a number of established and emerging filmmakers.

The project is about recollecting the past - both real and imagined memories – realised in a series of films for each song, composed of beautiful, dreamlike images. Shot in multiple locations across Britain, from Southampton to Scunthorpe, I've Been Trying To Tell You will be premiered in September, and the promo for Pond House, taken from the film, has just been released.

How long have you held your current position? What were you doing before this?
l have been at Studio RM for almost ten years. I was a stills retoucher first and the studio supported my ambition to become a colourist.

What was your first job, or first significant break in the industry?
My first job was as a runner at a studio in Tottenham Court Road. I worked my way up through the company, doing colour and black and white photographic printing and developing film negatives. My big break was getting into digital creative services as a creative retoucher in the early ’90s while the industry was in its infancy.

[I became] a creative retoucher in the early ’90s while the industry was in its infancy.

Name one music video that inspired you before your career started?
I can name a few, but the one that made an early impression on me was David Bowie's video for Ashes to Ashes. I remember the VFX on the video vividly, as I had never seen anything like it before - especially the black sky!

Name one project you’ve done that was significant as a learning experience – and why?
It was for the music documentary about James Lavelle called The Man From Mo’Wax. It was my first feature-length grade, on a tight deadline, and it taught me many new skills needed to get content from studio to cinema screen, as well as how to be efficient with my time and manage people.

I worked closely with the director Matthew Jones, who wanted the film to have a natural look because it used a lot of home footage shot by James Lavelle himself, but wanted to subtly enhance the reds and blues where possible, because those were the Mo Wax label colours.

What are your favourite music video-related jobs of the past year or so (2 or 3 different ones, ideally) , and why?
I’ve always enjoyed working on music videos with longtime collaborator Alasdair McLellan. Our most recent collaboration was for Sam Smith's Kids Again - it was shot on film so it has a lovely natural look and feel about it.

I just finished another project with Alasdair too, his first film. It accompanies Saint Etienne’s new album I’ve Been Trying To Tell You, and is a film made up of other films, about memories. It can be viewed as a whole film, or watched track-by-track. When the album is released in September, the film will be shown in the BFI cinema on Southbank a few days after.

During the first lockdown I worked on a project for Griff’s Forgive Myself music video; because of the lockdown restrictions, Griff shot it herself at home, directed remotely by Imogen & Riccardo @isstudioworld. The video and grade has a lo-fi quality that I really like.

Working with co-directors Sophia & Robert on Biffy Clyro’s Instant History music video was another standout. It was a hectic edit to go with the music, so the grade was similar, mixing many different looks and styles.

What are your favourite other jobs of the past year or so?
A recent project with Steve Mackey for Perfect Magazine and Gucci called Notes From the Underground. It brings together 10 short films of 10 different musicians. Steve Mackey directed four of the videos, and the rest were shot by the musicians themselves.

I love the diversity of artistic voices it incorporates. 10 very different musical and visual styles, all of which were a real pleasure to work on.

What kind of work would you like to be doing in future?
I love the range of work and directing talent I encounter here at Studio RM, and would love to add more longform work to the mix.

What advice would you give someone entering your field?
Work hard. Keep learning. Stay humble. And enjoy your work.

When you’re not working, what do you like to spend time doing?
Going to restaurants and the cinema, and going for walks with my wife.

What are your favourite music videos by other people in the past year?
Young directors are really exploring what’s possible. Michael Kiwanuka's You Ain't The Problem [directed by Leonn Ward] caught my eye. I really like the cinematography and it feels clean and natural but with really nice saturation.

Favourite music artist(s), and favourite gig(s) in the past year?
I've been listening to Sleaford Mods and Royal Blood this past year. And a lot of ambient music to help me relax in these troubled times.

Favourite food and/or favourite restaurant(s)?
The restaurant I keep going back to is the Spanish tapas place Barrafina.

What’s your favourite political or charitable cause, and why?
There are so many worthy causes, but Amnesty International and Water Aid are two very important charities. I believe strongly in human rights and that people should have access to clean drinking water and basic hygiene and sanitation.

I believe strongly... people should have access to clean drinking water and basic hygiene

Best recent purchase?
As I was exercising more during lockdown, I finally relented and bought myself an iWatch. I had resisted getting one because I had no need. But once I started to get more active my cheap fitness bands were not really any good.

Shooting back to Europe - Kinomoto's welcome to four great destinations

Over the past few years Jazmin Garcia's work in short documentary and music video has explored themes of immigration and cultural assimilation, using family histories and her own experience as …

Ella Crawford is the new music video director's rep at Black Dog Films - and she gives us the lowdown on what makes her tick in our latest Work & Life Q&A.

As one of the founding partners and founder-directors of FAMILIA, Francis Wallis has played a crucial role in establishing the London-based production company's ethos through his …

At 24, Thomas Davis already has a few years experience as a music video director. He co-directed his first video at 19, and since then has been active in both directing videos and live …

Jordan Rossi returns with a candy-coated performance promo for Sophie Ellis-Bextor and The Feeling.

Mitski cannot help but turn the world to ash, in Megan Houang and Jeff Desom's graphically …

James Slater's second video for Leeds band Yard Act follows on from the first for The Overload, …